GRAPPAS AND LIQUEURS FROM SARDINIA

NeroAmbra selects and proposes a wide range of typical high quality Liqueurs and Grappas, following up closely the entire production process, starting from natural ingredients- all coming from the almost uncontaminated territory of Sardinia, the enchanted island of Italy. At NeroAmbra, the commitment to the constant search for the best quality products is combined with the utmost respect for the environment. 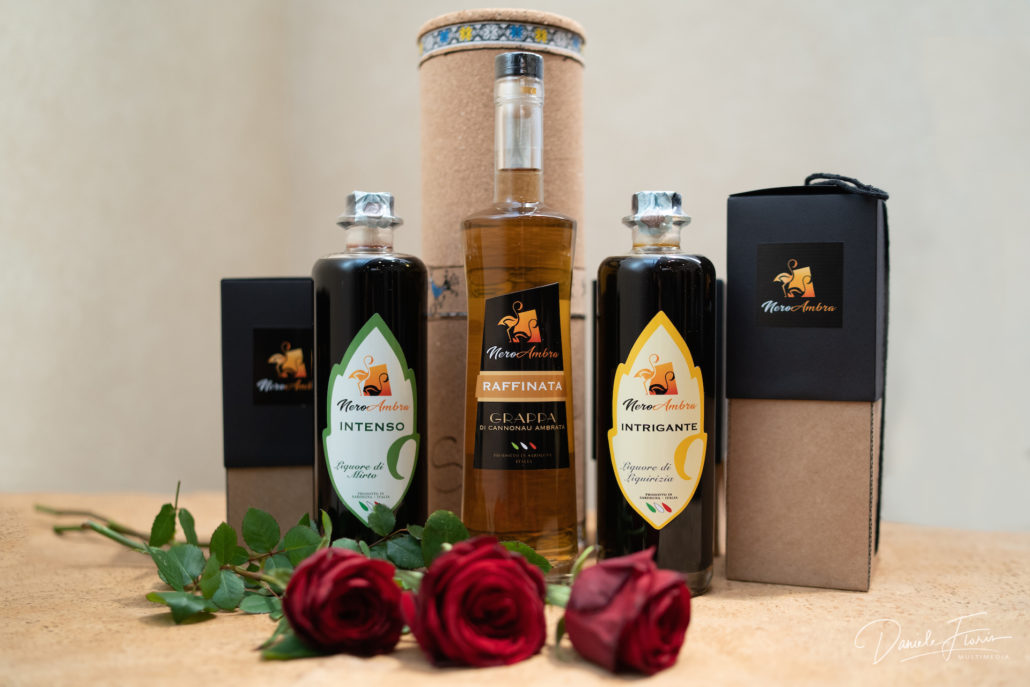 Created by Luigi Poscia in November 2019, NeroAmbra was born from the long tradition of the Poscia family in the field of trade in spirits and liqueurs.

The Poscia family began its production in the early 1900’s in the Treviso province, which is indeed the cradle of the well-known Venetian tradition in distillation and liqueurs production. In the second half of the 1900s, the family moved to Sardinia, in search for the aromas and perfumes offered by such a great natural treasure chest.
Hence, the exaltation of wild fruits aromatic essences of the native vines whereby their pomace comes from: Cannonau, Moscato, Vermentino, Nuragus, Monica, Malvasia, Carignano, Mirto Rosso and Mirto Bianco.

Currently, the products released on the market are five, with other other four on the way. NeroAmbra offers a range of products representing both the family’s renewed attention to quality and the original production techniques from their tradition, which over the years received numerous awards and recognitions, such as the international awards as “Acqueviti D’Oro” (2006, 2007).

Both the processing and the selected natural ingredients make these products suitable for the most sophisticated clientsor, simply, of enthusiastpalates.

Our Mission is to make our customers feelexceptional satisfaction when tasting our liqueurs and grappas. With just a sip, taste buds discover the best feeling natural ingredients, quality, the Sardinian territory. 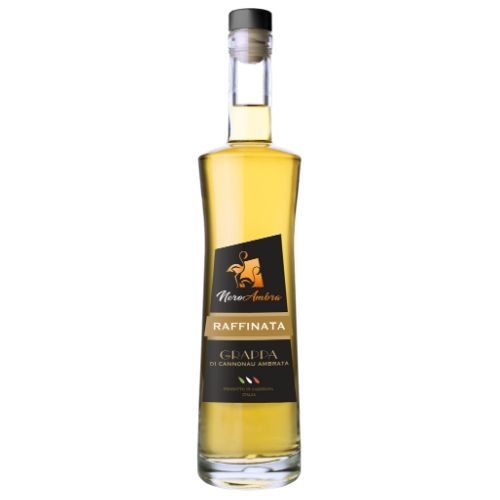 Description: Our Cannonau Grappa Ambrata is obtained from the discontinuous distillation in stills in bain-marie, vinifying pomaces from Cannonau selected grapes, which are then enriched by the treatment with fine oak. The result is a warm, soft, enveloping and penetrating spiced aroma, and a smell of dried fruit. Perfect at the end of a meal or simply to slow-taste for pleasure, it should be served at room temperature, possibly warmed by your palm of the hand, which enriches all its pleasant nuances and characteristics.

Description: Best served at the end of a meal or tasting liqueur, to be served at room temperature, possibly warmed up by the palm of your hand to taste all its pleasant nuances and characteristics. This grape enhances the taste of raisins, accompanied by strong flavors of dried fruit and star anise. The ideal compendium to a dinner with true friends or for an after dinner soire’e. Suggested for refined palates looking for enveloping flavors. 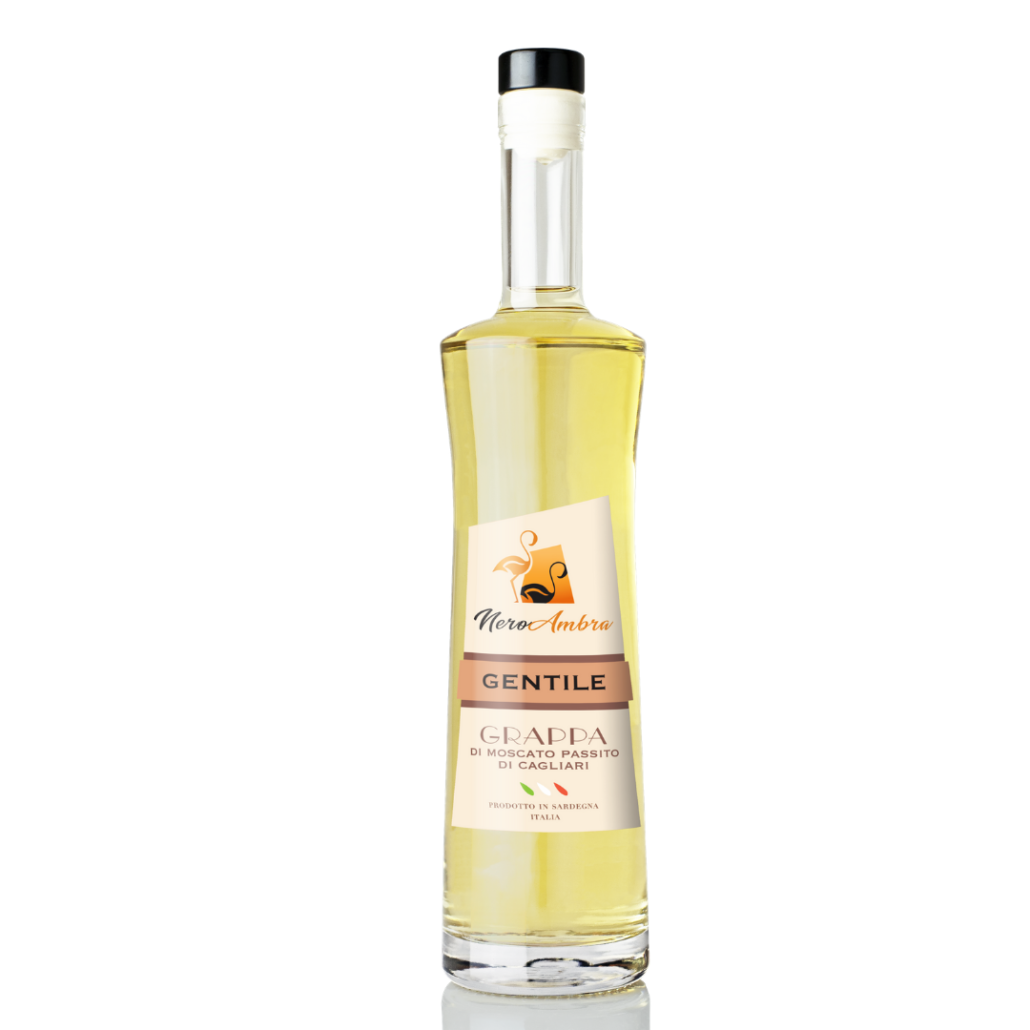 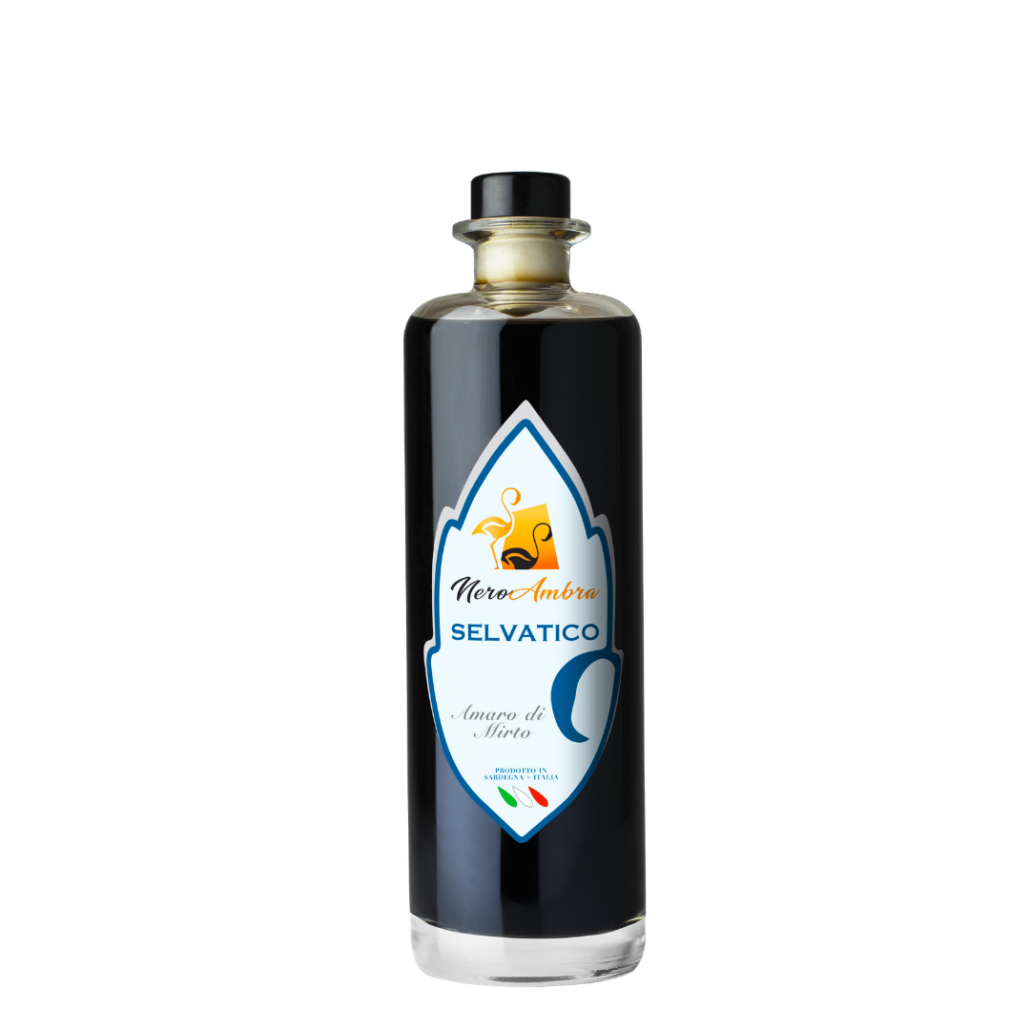 Description:The ideal liqueur to celebrate your life-lasting moments, allowing to be surrounded by the scent of typical Sardinian aromas. This bitter liqueur is an invitation to lose yourself in the Mediterranean maquis, uniquely driven by the notes of cinchona and licorice, melting in a precious elisir awaking your senses.

Description:  Even though licorice is not a typically Sardinian product, we choose to work this natural ingredient to offer an exquisite and highly valuable product. We use the highest quality licorice root concentrate, coming from Calabria region. 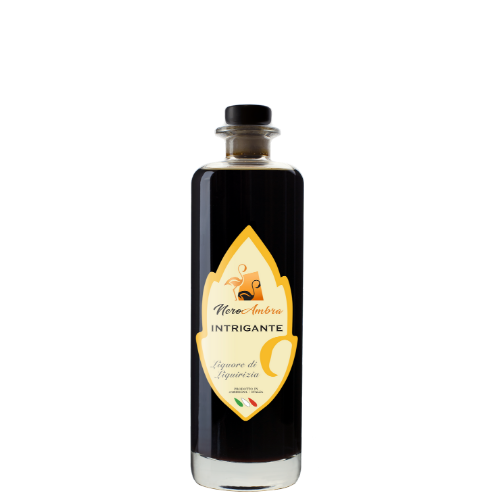 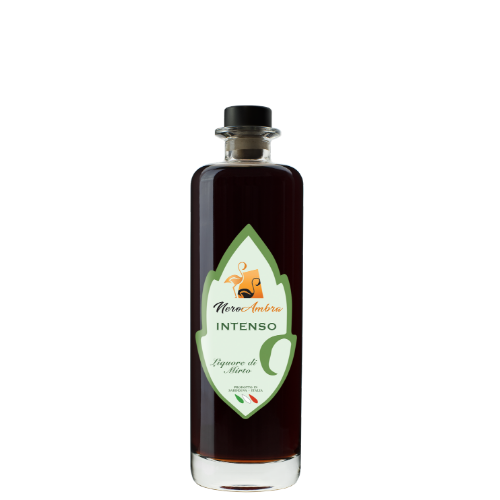 Description: This liqueur with intense flavors and aromas, and has been obtained by refining with sucrose a hydroalcoholic solution of infusion coming from cold macerating whole chosen and mature fruits of Sardinian Myrtle. Excellent digestive, to be served after a meal or during get-togethers with friends at room temperature. The color is dark red and its scent is strong, of Mediterranean maquis and forest myrtle. Taste: pleasant, aromatic, soft and firm.

MIX NERO AMBRA - All the flavors of Sardinia 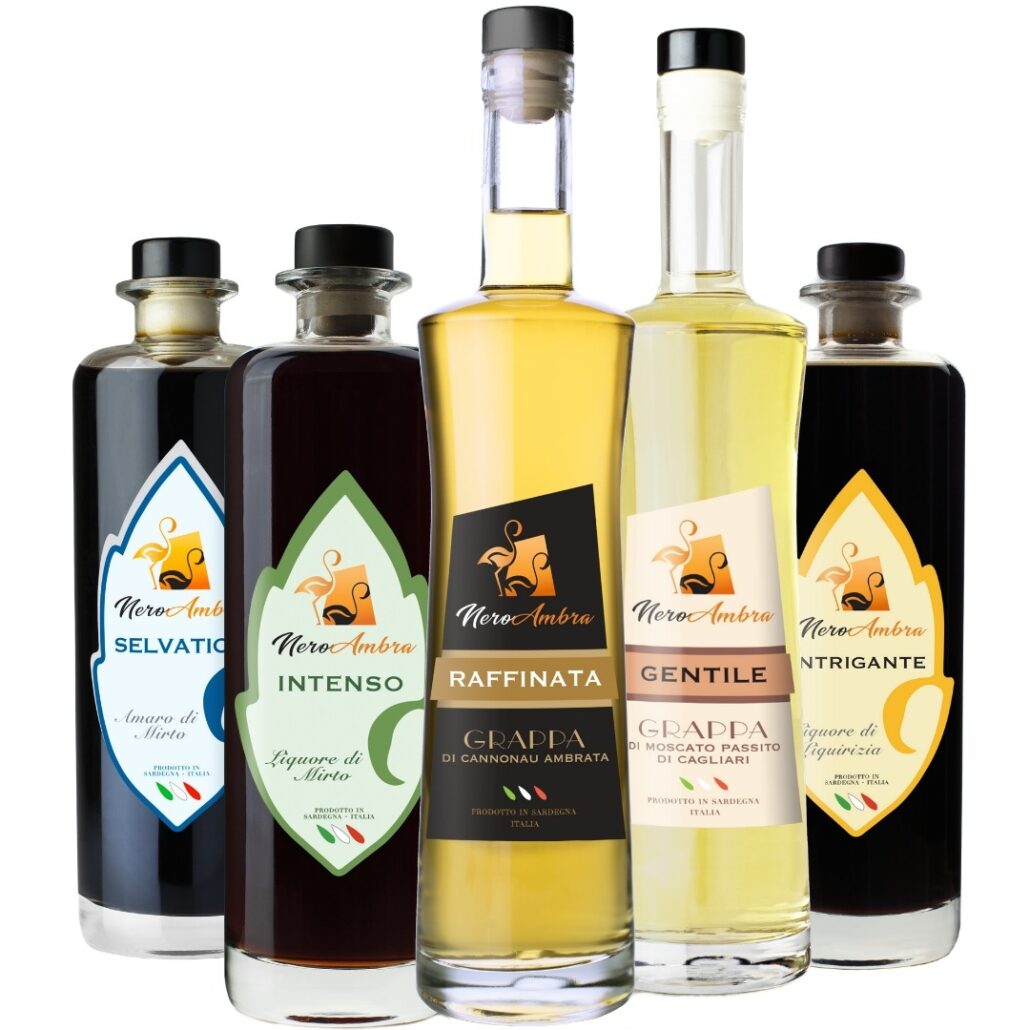 The Nero Ambra Mix is ​​ideal for enjoying all the flavors and aromas that our products offer. Excellent gift for enthusiasts and for lovers of quality grappas and liqueurs.

If you are not in italy but you wish to place an order, do not hesitate to contact us, so that we can prepare an ad hoc quote for you.